I had an abortion and I didn't know it

I had an abortion. But for some reason I didn’t even realize it was an abortion until the recent media frenzy over the possible repeal of Roe v. Wade.

In 2015 I had an ectopic pregnancy that resulted in emergency surgery. It was eight weeks before the doctors diagnosed my pregnancy as ectopic, and because I was so far along, my only option was a salpingectomy. Ectopic pregnancy is the leading cause of maternal mortality in the first trimester, and pregnancies in the fallopian tubes are never viable, so I really did not have a choice. The day before my 28th birthday, I lost both the baby and one of my fallopian tubes.

Although it broke my heart to miscarry, I felt grateful for the modern medicine available to me, because had I lived 100 years before or in a developing country with access to only limited healthcare, my situation would have been fatal. That abortion saved my life.

And thence began my journey of infertility.

I had always been pro-choice, but following my ectopic pregnancy and my subsequent years of infertility, my political views shifted. I could not fathom how anyone could choose to terminate a life when I was hoping and praying and trying so hard to create one.

My story miraculously ends with two rainbow babies. Though my memories from 2015 are painful, they are overshadowed by the joy my living children bring me. And the abortion debate was far from my mind.

But when a draft surfaced of a possible vote for the Supreme Court to overturn abortion rights, my social media exploded with opinions on both sides of the matter. I wholeheartedly believe in the sanctity of life, but it is a tragedy that people in this country care more about unborn children than living ones.

As I waded through the news stories, memes, and tweets regarding abortion, ectopic pregnancy came up and I was stunned. It had never crossed my mind terminating ectopic pregnancies were considered abortions, or even were a part of the great abortion debate. Leading up to, during, and after my salpingectomy, it was never referred to as an abortion. But as I sat there ruminating, it hit me--I have had an abortion. I am among the one-in-four women in the US who will have had an abortion before age 45.

I think back to my youth and the fear of abortion was one of my main deterrents from premarital sex. I knew of friends and adults who had abortions, and their trauma was not something I wanted to experience. So I was always careful, always vigilant... and it turns out that abortion was inevitable. For me, it was not the result of something unprotected, unplanned, or unexpected. It was only by chance that my very-wanted pregnancy developed in a fallopian tube instead of in my uterus.

Now I do believe in women's right to choice. The government should not be able to dictate what a human being does with his or her own body, and it definitely shouldn't be able to dictate our healthcare choices. But my abortion was not by choice. It was my only option, and it is a pain and an invisible wound that I would not wish upon anyone. 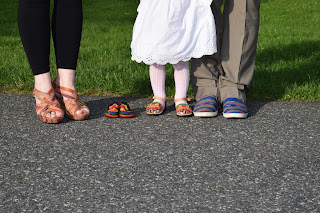 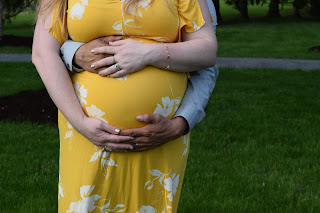