My Equity and Inclusion Statement

We never talked about race at the dinner table when I was growing up. I lived in an affluent town in Southern California that was 85% white and 15% Hispanic, and as a little blond-haired blue-eyed girl, I was blissfully unaware that racism was still prevalent in the US.

Until I went to college in Boston. My roommates freshman year--two black young women from New York City--became my best friends, and the first black people I had ever known. As I got to know them deeper and my friendship circles began to expand, my eyes were opened to blatant racism and microaggressions my black and brown friends experienced. I had my first conversations about race when I was 18-years-old, a stark contrast I learned from my new friends’ experiences, in which they were taught early on in childhood to “speak correct English,” always keep their hands visible when shopping, and to be wary of law enforcement. It was heartbreaking to hear their unfair life experiences and it was then that I began my journey as an ally.

My college boyfriend was Haitian and he taught me to notice race; that the concept of being “color blind” was backward and wrong, and actually counterintuitive to ending racism. Instead we must recognize our differences and internal biases, and continually fight to rectify institutional racism, instead of perpetuate it.

In Northeastern’s teacher preparation program I student-taught in Boston Public Schools, and right after graduation I was hired there to teach in Dorchester. In my 3rd grade bilingual classroom, I was the only white person in the room. Through my undergraduate and graduate coursework and my years teaching in urban schools, my understanding of critical race theory and anti-racist pedagogy began to evolve.

But it wasn’t until I married a Guatemalan and became entrenched in the immigrant community myself did I begin to understand educational inequity. I know without ever having experienced discrimination myself, I can never completely understand the experience of my BIPOC students and friends, but I learned it is my responsibility to use my white privilege to continually advocate for them and challenge the racist accepted norms.

My husband and I have two white-passing children, who we are raising to be bilingual and bicultural. One day we were out driving in the car and passed a church with a playground. My four-year-old daughter asked me in Spanish, can we go play at that playground? When I told her no we couldn’t, she responded, “Es porque somos Guatemaltecos?” My heart dropped, and I quickly reassured her that we weren’t able to play at the playground not because we were Guatemalan, but because we weren’t members of that particular church. But it was a harsh realization for me--that four years old is the age in which kids realize they are the “other.”

As a language development coach, I have a unique position and advantage to be a liaison between our immigrant community and the school system and as such, I seek to hire multilingual and multicultural teachers, write curriculum that is reflective of our student population, and make sure that parents have a voice and a role in their children’s education. I also coach teachers to build their culturally responsive repertoire, by differentiating material by WIDA level for students, and helping current teachers at my school see the advantages of having a linguistically, culturally, and ethnically diverse classroom. It’s my own personal adage that you don’t need to speak Spanish in order to teach English, but you do need an open heart and an open mind, and the ability to see the potential within all of our students. 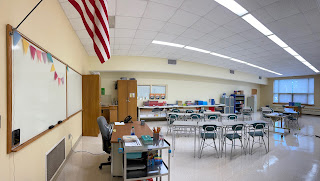 Research shows that economically advantaged students will do well no matter what, whereas students who aren’t lucky enough to have been born into an affluent background have to work so much harder and have far more obstacles to overcome. I’d like to reimage the system and put policies into place that even the playing field for all students.

The 6th graders I taught my first year in Framingham graduated from college last year, and I attended my first alumni’s college graduation in May 2022. But out of that class of 25 students, only one graduated from college. Do you want to know how many baby showers I’ve been invited to? Six. I don’t share this to make a judgment on the individual life choices of my students, but there’s clearly a trend that falls along social and economic lines that is not equitable. Black and Latino enrollment in higher education is disproportionately lower than their white counterparts and that needs to change. While I know college isn’t the goal of all students, I’d like it to be an option for all students.

It is my professional and personal goal to be a change agent in our city and an advocate for the populations who don’t necessarily have a voice. When I find myself in a situation where I can fight injustice, I pointedly say, “That’s a social justice issue.” Then I pause and wait, calmly and seriously, because there’s absolutely no appropriate response that can be made to that statement to dissent. And then the real work begins. 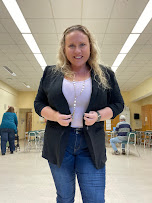