What's in a name?

May 24, 2020
According to William Shakespeare, what matters most is what something is, not what it is called. It’s one of the best-known lines in Shakespeare’s Romeo and Juliet, “What’s in a name? That which we call a rose by any other name would smell as sweet.” Meaning, the names of things cannot affect what they actually are, and suggests that a name is just a label to distinguish one thing from another. 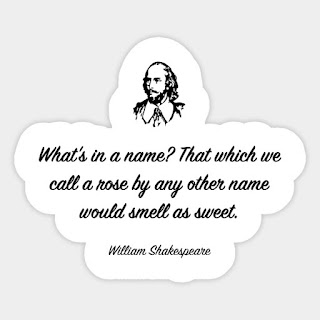 But if that’s true, why is there such a market for baby naming books?


The study of names is actually called onomastics or onomatology. And naming a child is a very important social ritual across every culture that not only helps a person establish an individual identity, but also links a child into the family identity. So it comes as no surprise that one of the most exciting and nerve-wracking parts of bringing a tiny human into the world is deciding what to name him or her.


When I taught the highest level of ESL, I always began the year by reading “My Name” by Sandra Ciscneros, a lyrical piece of prose from her book The House of Mango Street. In it, she reflects on her distaste of her name, and explains whom she is named for. I’d then have the students model her style of writing, and write their own story of their own name. I think I feel so connected to names having meanings because of my own name story.

My first name is hyphenated, “Crystal,” after my mother’s favorite precious stone, and “Mae,” after my two great-aunts, one on each side of the family. At first, my parents had planned my middle name to be “Sunshine,” but when I wasn’t born until 11:14pm, they decided “Moonlight” was more appropriate. And then of course my surname, “Waugh,” after my father, and when I got married, I tacked my married last name, “Barrios,” on to the end.


One day in 6th grade, I decided to write “Mae Waugh” on the top of one of my assignments. It completely confused my teacher, and she called me up to her desk and asked if I had done it just to mess with her. I thought for a moment, and said that no, I rather liked the sound of Mae Waugh, and that is how I wanted to be addressed from then on. And I’ve been Mae Waugh ever since. (Much to the consternation of my mother at my high school graduation who was expecting them to call my complete name as I walked across the stage to get my diploma and was quite disappointed to hear the two-syllable “Mae Waugh!” called over the PA system.)


When I was a kid, I happened upon a name anthology sitting in the waiting room of an office I once visited with my mom, that listed a plethora of names and their meanings. I remember the descriptions of the names and the personalities of the name-holder were so descriptive, I wish I knew the title of the book, because I’d love to take a look at it now. I must have been younger than 12 when I found that book, because I was still going by Crystal, instead of Mae. I remember searching for the meaning of the name Crystal, and while I can’t recall all of the specifics, I remember the book describing “Crystal” as analytical and an astute business woman. Whereas “Mae” was creative and artistic. I wonder to this day, if I had continued to be called Crystal and not morphed to Mae, whether I would have become a businesswoman instead of a writer.


I asked Francisco why his parents named him Francisco, but he said he didn’t think to ask them why, and now that they have both passed, he no longer has the chance. Since names are so intricately tied to one’s identify, I want to make sure Maya and Mateo know where they come from, and why we named them what we did. 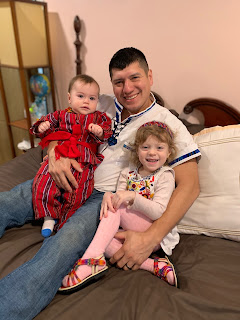 As we were counting down the days until I gave birth to Maya nearly three years ago and Mateo nearly one year ago, their prospective names were on my mind. We had set very strict guidelines for ourselves in terms of baby name options. We wanted a name that was pronounced exactly the same in English in Spanish, and being a teacher for almost 10 years made it even more difficult to select a name that I didn’t already associate with a former student. Naming a baby is a daunting task! But we finally narrowed it down to two options, a boy and a girl name, since we decided to keep Maya’s gender a surprise until her birth. To be honest, I secretly wished Maya to be a girl, because I absolutely loved the girl name we had chosen, and I was a little more ambivalent about the boy name. 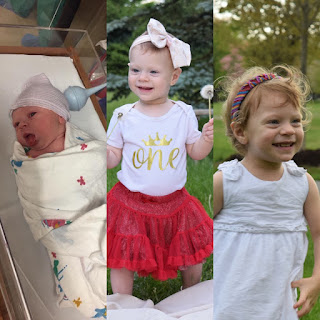 So when the doctor informed me at 8:48pm on May 30, 2017, “It’s a girl!” I was ecstatic to hold Maya Anacely in my arms for the first time. We named her Maya because it’s the Spanish form of Mae, and as a homage to her indigenous Guatemalan roots. We invented the name Anacely, a composite of my mother’s middle name (Anne) and Francisco’s mom’s name (Aracely.) I loved the way it flowed, the way it looks when written, and that her first name would be easily pronounced and spelled in both of our languages. 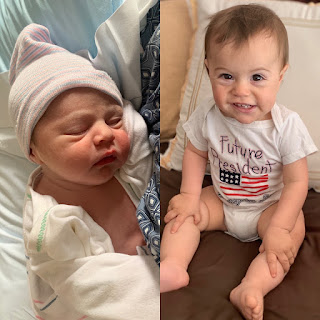 Two years later, we agonized over our son’s name. The same constraints remained, we wanted the name to be pronounced the same way in English and Spanish, it couldn’t be a former student of mine, and we had the added constraint that we wanted the first letter to be F or M (so it would match with Francisco or Maya & Mae.) Francisco really wanted to name his son after himself, but I completely refused. I wanted my son to have a different identity than his father, and when anybody asked for “Francisco Barrios,” I didn’t want there to be any confusion as to whom they were asking for.

We finally settled upon Mateo Florencio. Mateo, the first gospel of the Bible, means “God’s gift,” which seemed a perfect designation for our second rainbow baby. And while it is a Spanish name, I figured it is common enough in the United States that English speakers would not have any trouble pronouncing or spelling it. It also starts with M, so it fits nicely with Maya & Mae. And I figured if he ever chose to “Americanize” it, he could go by the nickname Matt. Florencio starts with F and was Francisco’s paternal grandfather, and so giving our son that middle name was in recognition of Francisco and his paternal lineage. I also really liked how both names ended in O.

A name is the first piece of someone's identity. It is the persona that you share with the world, and whether the person shapes the name or the name shapes the person, the name we give people and things definitely means something. I'm sorry William Shakespeare, but I wholeheartedly disagree with you. A rose by any other name just might not smell as sweet.