Does Bilingual Upbringing hold you back? 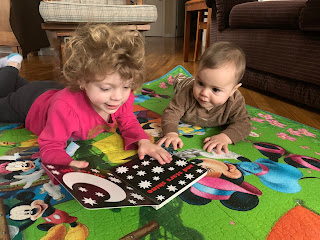 It took a long time for Maya to start speaking, unlike rolling over, which she did at three months, and walking, which she mastered by nine months. By two, she could only say a few words. Her lexicon included “Mama,” “no,” and “agua,” but not nearly as many words as her monolingual peers. She definitely didn’t have the 50-word vocabulary of the average two-year-old, and still had yet to string any words together to create phrases or short sentences. But I wasn’t worried, because I knew in bilingual households, it can take longer to acquire two languages than one, and slowly I began to see her understanding of both languages develop.

Although we received some pressure to “Teach her English because she’s American” (yes, that’s a direct quote), my husband and I chose to persevere in her bilingual upbringing, with an emphasis on her Spanish language development, and for good reasons.

Besides the obvious benefits of being able to communicate with 80% of the world, a recent study shows that babies raised in bilingual environments develop core cognitive skills like decision-making and problem-solving before they even speak. Another study shows bilingual adults have better executive brain functions, and there’s recent evidence that being bilingual is associated with a delay in the onset of symptoms of dementia. It’s inspiring to see research propose a “bilingual advantage” to combat the antiquated idea that lose who don’t speak English fluently are somehow less intelligent than those who do.

Now as she nears her third birthday, Maya can chat nonstop. Most of her oral language is in Spanish, with a few of her favorite English words (like “fish,” “candy,” and “people”) peppered in. She also has some words she has made up that are neither English nor Spanish, and sometimes I’m able to translate those into something comprehensible, and sometimes not. (She still calls food “num num.”) She makes plenty of grammar and syntax errors, as most toddlers do, but as I watch her language ability begin to grow, I can’t help but feel overwhelmed with pride, and pleased that we could give her one of the most advantageous gifts of all that will benefit her entire lifetime—bilingualism.