How to Raise your Kids in your Second Language

Since I'm a native English speaker who has made the decision to raise my children bilingual, I often get asked about strategies for incorporating another language in our lives. With my masters degree in language acquisition, this is not only my passion, but my speciality, and I'd love to share a few strategies here with you! 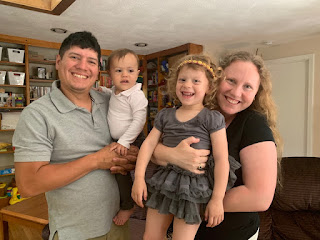 There’s two different processes to become bilingual. Sequential bilingualism is probably the most common in this country, as it is when a person becomes bilingual by first learning one language and then another. This is what happens when I teach my students ESL, or when high school kids take a foreign language requirement. My husband and I both followed the sequential process, him learning Spanish as his native language growing up in Guatemala, and then learning English after immigrating to this country. Although I was exposed to a lot of Spanish growing up in Southern California, I didn’t learn to speak it fluently until I took Spanish language classes in high school, studied abroad in Spain in college, and married a Guatemalan. In contrast, simultaneous bilingual is when a person learns two (or more) languages at the same time. This is the process in which we are raising our emerging bilinguals, since we have chosen to speak to them in English and Spanish since birth.

The human brain is so magnificent and capable that one can learn a language at any age, but research shows it is far more advantageous to learn two (or more!) languages as early as possible, since there is a critical period between birth and five-years-old when children are able to pick up languages easier. And early exposure to more than one language has certain advantages, such as native-like pronunciation and lack of an accent.

One point of hesitation and misinformation many parents receive is that learning two languages will make their children progress slower. It may take longer to acquire two languages than one, and a child learning two languages may have a smaller vocabulary early on, but they do catch up to their monolingual peers. They might mix the languages and make many errors, but so does any toddler, and mixing languages (called code-switching) is actually an indicator of language ability. Another concern is that a child might get confused hearing different languages spoken around them. But children are incredibly sensitive to the different ways people speak, and research shows babies even begin identifying their parents’ voices and native languages from within the womb.

So now that you’re convinced to raise your child as an emergent bilingual, here are five strategies to get you started!

Five Strategies for Raising Your Kids in Your Second Language

I think the biggest impact on my three-year-old’s Spanish language proficiency was having a Spanish-speaking nanny. While I was working last year, my husband’s cousins came from Guatemala to care for my daughter, and the cousins only spoke Spanish. That challenged all of us to only speak Spanish at home, and it gave my daughter a lot of exposure to Spanish vocabulary in our daily life. When the cousins went back to Guatemala, I made the commitment to continue to speak to my daughter only in Spanish, and that has helped her retain it. 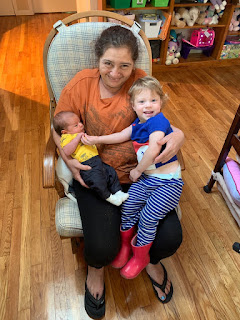 Obviously, a Spanish-speaking nanny isn’t an option for everyone. In that case, get your little ones around Spanish-speaking friends and family as much as possible. Seek out Spanish-based activities in your community. If you’re not sure where to start, contact your local library or local Early Childhood Alliance chapter. Facebook is also a great place to look!

Traveling to a country that speaks your target language is also a good way to immerse not only the child, but the whole family. And for older children, it can be a huge motivation for language learning! When my nephews went to Guatemala for the first time around age eight, they knew Spanish, but really preferred to speak English after growing up in the US. However, once they were surrounded by kids their age who only spoke Spanish, they worked really hard to recall all the Spanish their mom had taught them at home, so that they could play and interact with their new friends. And after a summer away, they came back completely fluent!

We have chosen to follow the “Context or Time & Place” method, in that we have made the commitment to speak Spanish among Spanish-speaking family members and friends, and English among English-speaking family and friends. In this way, my children get to know the language boundaries, and it is amazing to see at two and three years old, their ability to transverse from one language to another, depending on which family member they are talking to.

The most important factor to learning any language at any age is exposure. In order to develop a vocabulary and learn grammar and sentence structures, learners need repeated exposure to the same words, sentences, and phrases. Therefore I encourage you to read as much as possible, watch TV and movies, sing nursery rhymes, and narrate your day in your target language. It’s important that children get rich and complex language exposure, along with sophisticated content and information, rather than the more limited exposure you get from someone speaking a language in which the speaker is not entirely comfortable. I have to add that reading books in Spanish to my kids, watching kid TV shows together with the subtitles on, and singing songs together in Spanish have expanded my own vocabulary, too! 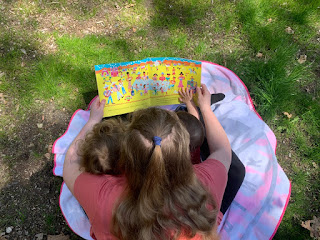 Here are some of our favorite Spanish resources, if you are looking for a good place to start:

Depending on where you live, there could even be a Spanish-immerson or language immersion preschool or elementary school you could send your child to. There might be a bilingual daycare available, or even private tutoring, if that is within your means. In the fall we’ll be sending my daughter to a Spanish-immerson preschool, and I’m so excited for her to receive explicit language instruction in the target language, and to be able to expand her peer group with native and non-native speakers. While I know that our homes are our children’s first schools, I also know that a teacher outside the home often holds a different type of authority, and the more expert Spanish speakers in my children’s lives, the better. 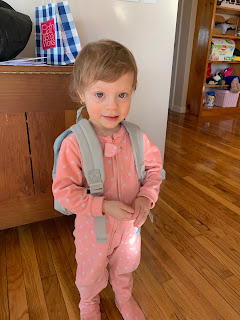 No matter what, the most important factor in raising emerging bilinguals is your enthusiasm and commitment. As your children grow and develop, make language acquisition as fun and engaging as possible. Consistency is the key, along with a positive attitude. If you are excited about Spanish nursery rhymes or Spanish storytimes, they will be too.

And if it all seems too overwhelmingly difficult, don’t worry. Any exposure they have to a new language or multiple language begins expanding their mental and emotional capacity, and if you’ve raised life-long learners, they have their whole life ahead of them to become fluent. 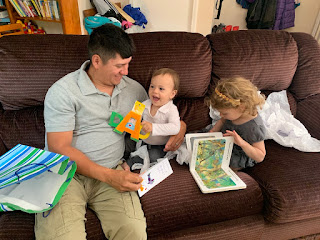 Good luck, and please reach out if you have any questions or are looking for more resources!