I wish people were more upset about the social problem #Cuties depicts, instead of so upset that a movie depicts social problems. It is the sad, disgusting truth that this film reflects REAL LIFE. So instead of writing to Netflix to get it removed from the streaming service, you should be writing to Tik Tok to not accept users under 18, writing to Cardi B and Miley Cyrus to stop teaching young girls these overtly sexual moves, and writing to the clothing companies who design and sell such scantly clothing for children!

If you haven't seen the film Cuties on Netflix yet, go watch it, and then draw your own conclusions. Please, please, do not cancel your Netflix, petition Congress, or rant on Facebook until you have actually seen it. Don't join in the uneducated American public bandwagon that is vilifying first-time film maker Maïmouna Doucouré, making their judgements based upon only having watched the explicit trailer Netflix chose to curate to promote the English translation of this film.

Cuties is a French movie that critiques society’s sexualization of girls. The movie follows an 11-year-old Senegalese girl living in Paris who dreams of joining a local dance clique. She decides to protest her parents’ strict household and join the other girls in dancing their way through competitions, trying to make a name for themselves.

Yes, the film has some VERY uncomfortable images and scenes in which prepubescent and adolescent girls are dancing provocatively and inappropriately. But the filmmaker is not condoning this behavior! The purpose of such shocking scenes is to provoke serious conversations about a very real problem, the sexualization of girls. Unfortunately, the American public is far more shocked and indignant that Netflix is streaming the film, than upset over the a real social problem that this film innumerates.

Because of the unfiltered internet, social media, cellphones, and the music industry, our young population is exposed to far more inappropriate content than ever before. Sexual content is being marketed to younger and younger demographics through the music they listen to, videos they watch, and video games they play. Of course it is our jobs as parents and guardians to protect your daughters from mature content they are not ready for, but after being a middle school teacher for 10 years, raising a teenager, and now raising a preteen, I can attest that no matter how hard parents try and police where their children go and what their children do, we cannot protect them from everything and anything, and they will find inappropriate content or be exposed to it whether we like it or not.

This film is about what happens to kids when their parents aren't physically or emotionally present in their lives. Doesn't anyone remember the film Kids??? (That 1995 low-budget independent film is described on IMBD as "A day in the life of a group of teens as they travel around New York City skating, drinking, smoking, and deflowering virgins." and has a rating of 7.1/10 stars, a stark contrast to Cuties's 2.1/10 stars.)

The purpose of Cuties is not to provide fodder for pedophiles. Instead, it shines a bright light upon the vain allure of social media platforms and what sexualized mainstream culture teaches children about what behavior is desirable. The characters post provocative dance videos and wear revealing costumes, but “Cuties” doesn’t present their actions as acceptable or laudable. Repeatedly, the movie shows other characters reacting with sadness or disgust when these girls behave inappropriately.

This film has won multiple awards at film festivals this year, and it was widely praised for its depiction of the pressures of girlhood. The controversy around it didn't begin until Netflix got the streaming rights to the film and began promoting it. And attacks on the movie began before people had even seen the film! A crusade against Netflix and the director commenced after commentators had only seen Netlfix's teaser poster and trailer for the film, which is practically false advertising, as the promotion leading up to the American debut of the film paint it as lawful pedophilia with multiple trigger warnings, extremely distressing to many viewers.

I am in no way trying to make excuses for how explicit the film is at times, but I would like to counter that real life is explicit. The problem is that Netflix chose to market it based on its burlesque secondary plot line, instead of being true to the actual meaning of the story. They marketed it as something raunchy and grotesque, when the truly grotesque aspect is that 11-year-old girls do act like this, and do dance like this, because they have learned from today's society that self-worth is based on how many likes you receive on social media, and the fastest way to earn those likes is by pouting your lips, twerking your hips, and showing some skin.

If you are passionately against what this film entails, I encourage you to really do something about it. Canceling Netflix is not going to stop the social problem of over-sexualizing young girls. We need to go to the source of where they are being exposed to sexuality so young, and as a society make the conscious effort and conscious choices to eliminate those bad influences and help our little girls enjoy life as just little girls for as long as possible. 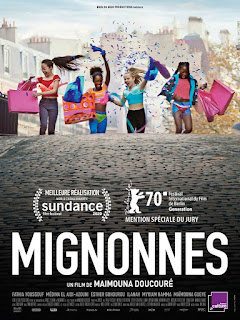 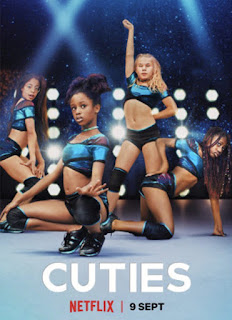