May 05, 2021
Cinco de Mayo, directly translated to English as “The Fifth of May,” is not Mexican Independence Day, which is a common and understandable misconception here in the US, since we refer to our own independence day as the 4th of July. Instead, Cinco de Mayo commemorates the Mexican army’s unlikely victory in the face of great odds over the French at the Battle of Puebla on May 5, 1862. The holiday is actually barely celebrated beyond one small town in Mexico, but the story is unexpectedly intertwined with US history in quite an interesting way.
Mexico declared independence from the Spanish colonial government in 1810 and Cinco de Mayo has its roots in the aftermath of the Mexican-American War of 1846-48, the Mexican Civil War of 1858, and the Reform Wars of 1860. To finance these expensive conflicts, Mexico had borrowed heavily from England, Spain, and France, and in 1861 newly elected liberal President Benito Juárez decided to suspend all foreign debt payments for two years in an attempt to give the Mexican economy a chance to recover. In response, the French Army marched 6,000 troops towards Mexico City, but they were defeated before they could even get there. They met resistance at the city of Puebla when young general Ignacio Zaragoza beat back the French troops with about 4,000 Mexican militia armed with just antiquated maskets, machetes, and farm implements. The battle lasted from daybreak to early evening, when the French retreated. The French lost nearly 500 soldiers, while the Mexican defenders lost less than 100. Although the fighting within Mexico continued and the French were not driven out for another five years, the victory at Puebla became a symbol of Mexican resistance to foreign domination.
During the time of the Battle of Puebla in Mexico, the United States was engaged in its own Civil War and French presence in Mexico was a strategic move. By gaining a toehold in Mexico, the French could then support the Confederate Army. The unexpected defeat of the French during the Battle of Puebla weakened the French military, and helped stave them off the Union forces. Thus, Cinco de Mayo can be seen as a turning point in the U.S. Civil War. If the French had not been thwarted in Puebla, it is quite probable that they would have become an ally and fortified the Confederate South, and then the U.S. Civil War might have had a very different outcome. 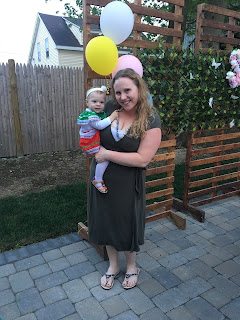 Mexicans and Latinos living in California during the 1860s are credited with being the first to celebrate Cinco de Mayo, and it was quite a while before it was observed in Mexico. California had only been annexed by Mexico and became a part of the United States a mere 10 years earlier, so there was a lot of Mexican population and pride, as there remains today. Mexican miners far up in the gold country town of Columbia were so overjoyed at the news of Mexico’s victory that they spontaneously fired off rifle shots and fireworks, sang patriotic songs and made impromptu speeches. Cinco de Mayo has been celebrated in California continuously ever since. For many years it was virtually ignored in Mexico.
Today, Cinco de Mayo is celebrated predominately in Puebla. Celebrations include military parades, recreations of the Battle of Puebla and other festive events. But for the rest of Mexico, May 5 is a day like any other. Chicano activists raised awareness of the holiday in the US in the 1960s, in part because they identified with the victory of Indigenous Mexicans (such as Juárez) over European invaders during the Battle of Puebla. Today, revelers mark the occasion with parades, parties, mariachi music, Mexican folk dancing, traditional foods and overflowing margaritas. In the United States Cinco de Mayo has evolved into a celebration of Mexican culture and heritage.