The Story of Our Rainbow Babies

My pregnancy with my daughter was a miracle.

In 2015, a month after my husband and I began trying, I got pregnant. We were overjoyed and immediately began picturing our new life with a child. Since it was my first pregnancy, I had no idea the risks or complications that were possible, and at that time I didn’t know that 20% of pregnancies end in miscarriage, nor did I ever imagine I would soon be a statistic. But when I started bleeding at 6-weeks pregnant, I knew immediately something was gravely wrong. It took the doctors over two weeks to determine that I had an ectopic pregnancy, and by that time the pregnancy had progressed so far, the course of action had to be surgery. The day before my 29th birthday became the worst day of my life, when I lost both my baby and my left fallopian tube.
As soon as I had recovered from the surgery and with the doctor’s approval, we began trying to get pregnant again, but to no avail. Getting pregnant became my daily hope and prayer, but days turned into weeks, which turned into months, months into years, and still I wasn’t pregnant. The doctor did tests and tests and assured me that while I was less fertile with only half of my working reproductive parts, I still was physically able to get pregnant… it just wasn’t happening.
Watching friends and family members get pregnant broke my heart, even seeing strangers with burgeoning bellies filled me with jealousy. Why was it that teenage girls and unwed mothers seemed to have no difficulty conceiving, while I was married, gainfully employed, owned my own house, and I could not have my own child? “When will it be my turn?” I cried out and in response… all I heard was silence and my own sobs of rage.
The summer after my ectopic pregnancy, a friend of mine told me she shared my story with her aunt, who was a pastor from Puerto Rico, and that her aunt said she wanted to pray over me. Somehow the summer disappeared and that prayer time never happened. The following summer, my friend again said her aunt wanted to pray over me. I said I welcomed her prayers, and in an unfortunate turn of events for their family, my friend’s mother-in-law passed away, so the aunt happened to be at my friend’s house one night at the end of July. My friend called me and told me her aunt was there and wanted to pray for me, so I hurried over. We sat at the dining room table and I recounted my story to this benevolent woman and she listened with sympathy. I couldn’t believe their family had congregated at my friend’s house to mourn the loss of a family member, but they had invited me over and instead were consoling me. After I finished my story, she gathered the family together and they stood in a circle around me in the living room and prayed over me.
And I got pregnant with Maya the next month.
Feeling her grow and develop over those 42 weeks was so miraculous, and I had a happy, healthy pregnancy. She ended up being born 12 days late, and my 24 hours of medically-induced labor resulted in a c-section. So at 8:48pm on May 30, 2017, I laid in the operating room at MetroWest Medical Center, and Maya was born. As I laid there with my wrinkly pink new baby in my arms, I realized I was in the same hospital, the same operating room, with the same doctor as almost two years to the day for my ectopic pregnancy surgery.
The worst day of my life had been transformed into the best day of my life.
Then, two years later to the day Mateo arrived. We had hoped to have more children, but we weren’t sure whether it would happen or not, after all the hurdles we faced trying to conceive Maya. But I got pregnant with Mateo without even trying, and then our family was complete. Two healthy babies, who share the same birthday, and a very special and miraculous bond. 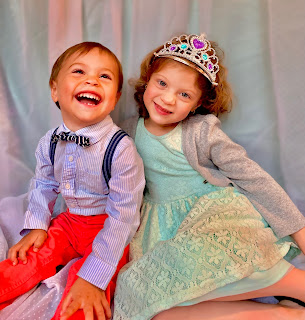