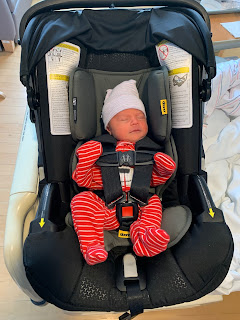 In honor of National Marimba Day in Guatemala yesterday, I'd like to share a little example of why the music of the marimba is important to our family.


As an infant, Mateo hated riding in the car. He spent most car rides crying in discomfort and no amount of singing, clapping, or tapping could dissuade him from his bellowing. Often times when he was fussy I would hum to him the song “All the Pretty Horses,” which my mother used to sing to me. But this day, even that wouldn’t work. We tried everything. Then one of his Tias decided to play her favorite canción for him: “Ferrocarril de los altos,” a traditional Guatemalan song featuring the marimba instrument. And he quieted right down! We laughed with relief, and joked that his preference of music clearly demonstrated he is of Guatemalan descent. From then on, whenever he was upset by the car ride, we would play la musica marimba and the melodic tones would soothe him.

It was obvious to us that the melodía de la marimba reminded Mateo of home, where he received bendiciones whispered in Spanish and endless snuggles with his many tias.


Since husband is from Guatemala, and I’m from California, when we began our family, we wanted to incorporate both our American and Guatemalan cultures, blending our food, customs, music, and language. One day, Mateo will speak español with Papi’s family, and English with Mami’s. But for now, we’ll lull him to sleep in the car to la musica de su abuelo, and rock him to sleep by humming the lullaby of his grandmother.