What this White Woman learned during Black History Month this year 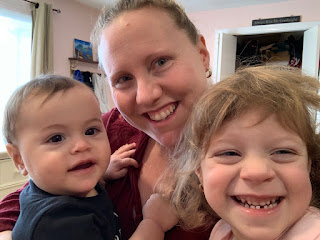 In these remaining days of Black History Month, I find myself reflecting on the lessons this month has for all of us, and impressed that I have seen glimpses of social change throughout the media recently.

New Amsterdam had a theme in its most recent episode (Season 2, Episode 4) where quiet racism caused tumors to grow in a 13-year-old Latino boy. There’s no insurance code for this ailment, and the mom is beside herself because she has tried to shield her son from this exact thing his whole entire life.

Similarly, the Moth Podcast had an episode for Black History Month, in which Devan Saniford, a black father,  recounts his experiences with police racial profiling, and how he had always told his son that he didn’t speak out against it at that time, because he felt like his voice wouldn’t be heard, and it didn’t really matter. But as he shares his tale and the experiences that followed it, he learns that the true lesson for his son is to teach him to speak out.

And I think this is the pinnacle of this month as it comes to a close. Racism cannot cease to exist until we inoculate it by speaking out against it. I recently connecting with a fellow blogging mama who married a Latino man and is raising their son trilingual, to speak Spanish, English and Japanese. I told her as a young white woman, I'm embarrassed to admit I really wasn't aware of the silent racism that still exists in this country until I was explicitly taught about it, and witnessed it for myself.

I grew up in idyllic Ojai, California, a little town 80 miles north of Los Angeles, which is 82% white and 12% Hispanic. I didn’t even know what heterogeneity was until I moved to Boston and attended Northeastern School of Education, which had a focus on diversity, with mandatory courses like “Multicultural Children’s Literature” and course texts like “Why Are All the Black Kids Sitting Together in the Cafeteria: And Other Conversations About Race” as it prepared us to teach in Boston Public Schools. I am proud to admit that at least I have never been naive enough to claim to be “colorblind” in my classroom, like a certain character does in the Good Trouble episode last week (Season 6, Episode 16), But I didn’t understand the extent and the pain of racism and discrimination until I married my husband, and we welcomed his youngest brother and sister from Guatemala into our home as our children, and I experienced my first microaggressions.

But this month’s lesson is not that racism still exists. The lesson is that the way to combat it is to name it, like a disease, because then we can treat it. We must teach our children what racism and discrimination are, so that they can recognize it when they see it or experience it, so they know it is NOT their fault. It is a social construct byproduct of bigotry in this world, and while we cannot fix it, we can fight against it. Day by day.