Because Every Baby is a Gerber Baby 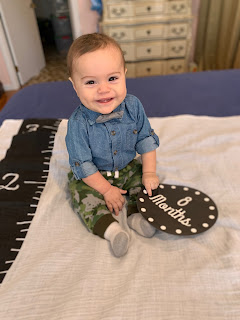 The #gerberphotosearch2020 closed last night at midnight. Of course, I think Mateo is the cutest baby ever, so I had to enter him! As a part of the application, parents were asked to answer two questions. Here is what I said makes Mateo so special, and a special tradition and memory I have of him.

Tell us what makes your baby special

Mateo is a miracle baby, and every day he reminds us of what a miracle he is, with his playful demeanor, infectious smiles and affectionate disposition. He is my second rainbow baby, as I had an a ectopic pregnancy in 2015, which resulted in the loss of my pregnancy and my left fallopian tube. I still had one remaining functional fallopian tube, however it was attached to a lazy ovary, and we didn’t know if I would ever be able to conceive a child naturally. With luck I did, and his older sister was born on May 30, 2017. She was our first rainbow baby, and imagine how surprised we were when we found out we were pregnant again! Just about nine months later, Mateo was born on his big sister's birthday, May 30, 2019.

Since birth, he struggled with a really bad case of reflux and spit up after almost every feeding. He was on three different medications, none of which actually solved the problem but only abated his symptoms a bit. The pediatrician said once we started on solid foods that should help his reflux subside, and it did. So we are very thankful for Gerber Oatmeal baby cereal, Farmer’s market vegetable blend, puréed peaches, and blueberry puffs! Sitting in his high chair and eating a meal with us as a family is now one of his favorite pastimes. He’s such a good eater, we call him Chompipollo, a Guatemalan nickname of endearment for a little guy who loves to eat, which loosely translated means, “Little Chubby Chicken.”

Although he is only 8 months old, his friendly and playful personality is really starting to show and his cute little dimples spread smiles wherever he goes. When we are out and about, he likes to show off his three-tooth grin to everyone we meet, and usually receives a smile or chuckle in return. But his favorite playmate is his big sister. He absolutely adores her, and lights up whenever he sees her or hears her voice. The bond they have already is so special, and it is my hope that they continue to be friends for life.

When we first learned our family would be growing from one baby to two, I wondered how I could love anybody as much as I loved my daughter. But then Mateo was born, and he taught me the heart doesn’t divide, it expands, and we are so blessed to have him in our lives. 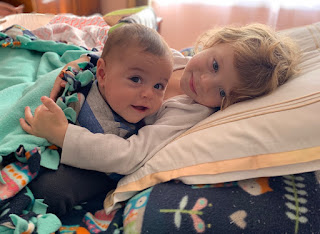 When I was 9 months pregnant with Mateo, his Tia Mari leaned close to my belly and whispered to him in Spanish, “Hurry up and be born, because I can’t wait to hold you!” He must have heard and understood her, because once he was born, all he wanted was to be held. While nothing brought us more joy than to sit and snuggle our new baby, with his toddler sister running around, holding him all the time just wasn’t practical. So as soon as I could, I introduced Mateo to babywearing.

Affectionately referred to as the “papoose,” I put Mateo in a Mayan ring sling, hand-woven in Guatemala, which a dear friend of ours had given us. It was well-worn with two years of use from my daughter, but that only made the broken-in fabric even more special. With Mateo in the papoose, I attended church, walked through the park, went shopping, and even cooked dinner and cleaned the house.

Wearing Mateo wasn’t just convenient, it’s also a traditional practice in Guatemalan culture. When I have Mateo cinched close to my heart in his ring sling, not only does it make him feel connected to me, it also connects him to his heritage and roots, as this was the way his grandmother carried his father, and his great-grandmother carried her.

As he grows older, he’ll learn Spanish so he can communicate with Papi’s family, and English so he can communicate with Mami’s family. But for now, it brings me joy to preserve the tradition of babywearing. We are proud to be raising a multicultural and multilingual family, but the most important language we can teach Mateo is love, the language that transcends culture. 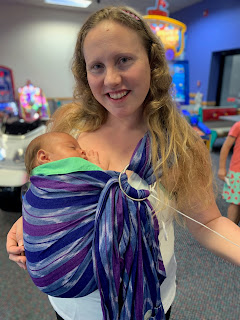 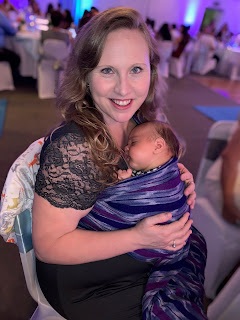 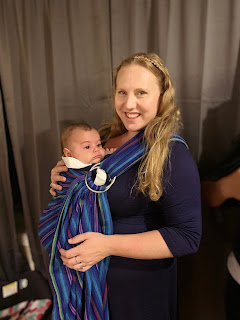 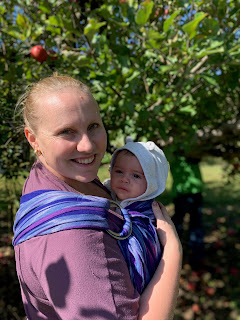