April 09, 2020
Since the kids and I have not left the house for almost a month now, we haven’t had any experiences out in the world as bilinguals, which is usually my inspiration for blog posts. It’s surreal to go out for walks on the rail trail and stay six feet away from everyone we encounter. In the past, we interacted with many people on our daily excursions, but now we can only nod a greeting of “hello,” or venture a smile. I feel like we are living in some type of dystopian film, and I expect in the future we might refer to our lives pre-quarantine and post-quarantine. 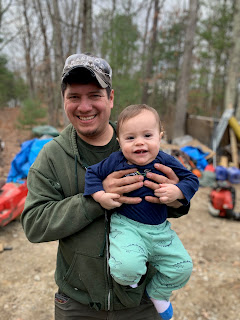 But there is one member of the family whose life has not been completely upturned by this mandatory social distance quarantine. Although landscaping is not explicitly considered an essential role, it requires little to no social interaction, so we are lucky that my husband, Francisco, can continue working. Especially because my year-long maternity leave is unpaid, so our family depends on the income his business provides.

As the only one out in the world, each evening he recounts to us his encounters and experiences working. We hang on to his every word, yearning for human connection, if only through his stories. And a few nights ago he told us a few funny stories I feel are applicable to share here, and are exemplars of our life as emerging bilinguals. 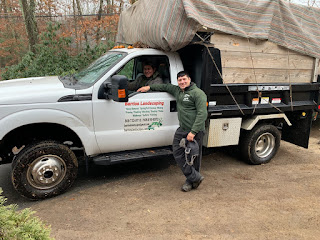 I shared in a previous post that my husband has innumerable siblings and cousins, and many of them have worked for him in one capacity or another at his landscaping company. Since they are all related, the brothers and cousins are often mistaken for each other. There have been many times that customers, neighbors, and even friends have struck up a conversation with a brother or cousin of my husband, thinking they were talking to Francisco, and then get a response of “No English,” or “No soy Francisco.” Other times, the family member who has had his identity mistaken has been so embarrassed or not known how to respond, just nodded and then told Francisco later that someone has wanted to talk to him.

There’s actually been extensive research on how difficult it is for one race to recognize another one. Its a psychological phenomenon referred to as the cross-race or other-race effect, which is the difficulty distinguishing between people of different racial groups. It's something everyone has probably experienced, but may not want to admit, because it often leads to embarrassment, and is actually considered the reason behind most eye-witness misidentifications.

Our funny anecdotes for this week were when Francisco and his small crew were working jobs at the houses of a few of his beloved viejitos. Francisco has many elderly clients he does landscaping work for, and fondly refers to them by the Spanish endearment “viejitos.”

The clients of the first house were a couple, and Francisco heard them arguing back and forth on their porch (a safe 6+ feet away from him) as he worked in the yard. Since it was early morning, he had his hood and sunglasses on.
“It’s him!” said one spouse to the other.
“No, it’s not him!”
“It’s him!”
“Well, call him and see.”
“Francisco!” called called the husband, and Francisco turned around.
“See, I told you!” He said to his wife.

At another house, the owner came out to the front and asked the two workers where the boss was. They gestured to the back yard. He went to the backyard and there was Francisco spreading dirt. He expressed his approval of the job well done, and passed Francisco a tip for himself and the other two workers. "Tell Francisco you did great work!" he said.

These are just two brief lighthearted stories as examples of the cross-race effect that bilinguals encounter nearly every day. In neither of these encounters are the people being racist, because the cross-race effect is not rooted in racism. Instead, research shows it comes from society's predisposition to segregation, so people often don't have much practice with individuals of other racial groups and people also tend to think more categorically about members of other races, thus we are less capable of recognizing distinguishable features.

However, the cross-race effect can be prevented. There's research that if infants regularly see and interact with people of other races before nine months of age, the cross-race effect may never emerge. (Now I'm extra happy that Mateo and Maya had the chance to interact with such a variety of people in our community in our pre-quarantine lives!) But for all of the rest of us who are more than nine-months-old, the effect could also be prevented, lessened, or even reversed with enough experience and exposure with other races.

So I encourage everyone to build lives as multicultural as possible, so that we all might be able to observe and celebrate our individualities and differences. 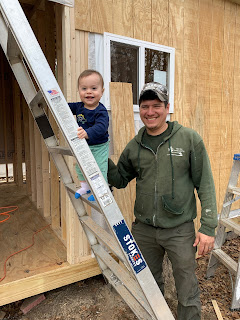 And on our next order of the iconic Barrios Landscaping hunter green sweatshirts, I think we’ll have “Francisco, the Boss” embroidered on the front of his.