How does a bicultural family celebrate the Fourth of July?

As a Guatemalan-American family living here in the United States, my husband and I work really hard to keep the Guatemalan heritage and customs alive for our children. We’re dedicated to raising them bilingually, visiting Guatemala as often as possible, we make sure they eat and love traditional Guatemalan cuisine (tortillas, tamales, chile rellenos), and expose them to the Guatemalan culture as much as possible (we dress them in traje tipico, tell them stories of La Llorona, teach them to dance La Marimba, stay up until midnight on Noche Buena, and I wore both of them in their Guatemalan papoose since the day they were born.) But being a bicultural family means not just dedicating our lives to enrichment in only one of their heritages, but both. And there’s nothing more American than the Fourth of July. So yesterday, we spent the day at my mom’s beach house, speaking in English and wearing red, white, and blue.

But what does it mean to be red, white, blue, and bicultural? 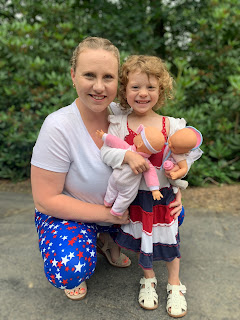 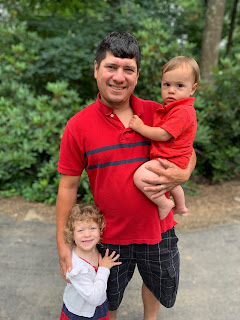 When I used to teach ESL ELA for beginner through level 3 ESL students, each fall we would begin our semester studying about immigrants and immigration. This country is a great melting pot, and so was my classroom. We read poetry about new beginnings by Pat Mora, Diana Chang, and Joseph Bruchac, which I’d have my students rewrite to reflect their own experiences, and now as I’m raising my own emerging bilinguals, I want them to be able to internalize those sentiments, too.

But I would rather say yes

but both, and not only

The homes I’ve had,

the ways I am

I’d rather say it

Each semester, I’d ask the students to pick one of the poems we had studied and memorize it. And of course as the instructor of the course, it was my job to set the example. So I memorized Immigrants by Pat Mora, and I would always go first.

Wrap their babies in the American flag,

Name them Bill and Daisy,

Or a football and tiny cleats

Before they can even walk,

Speak to them in thick English

Whisper in Spanish or Polish when the babies sleep, 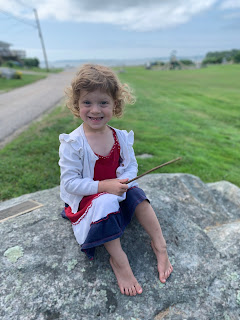 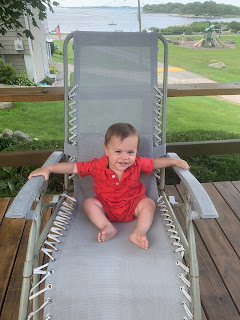 Our country has quite a sordid past, that we just cannot seem to overcome, rewrite, and rebuke. There’s racism, sexism, ageism, capitalism, and egotisticalism. We are an individualistic society that prides itself on competition, yet everyone gets a participation ribbon. We are fueled by consumerism, and we are wasteful of all our precious resources. We love and accept everyone, except for those who are different from us or disagree with us, and good fences make good neighbors.

But do not be convinced that we are all bad. We believe in free speech, and freedom of religion, and the right to assemble and protest. We’re innocent until proven guilty. We have the right to vote and elect our own leaders. We believe in the right to personal property, the right to live our lives without government infringement, but we’re also lucky to live in a government that will bail us out or give all tax-paying citizens a stimulus check when a pandemic completely shuts down our entire economy and world. We believe in life, liberty and the pursuit of happiness.

We are also talented, enlightened, and educated. We are intellectual and innovative, democratic and dreamers.

This country may have been stolen by stealth from its indigenous people, and built using the backbreaking work of the disenfranchised. But we do not need to perpetuate those behaviors or beliefs. So my American dream is that my children are able to internalize the best parts of this country. That they grow up to be Americans who fight for what is right, who love others unconditionally, who elect and become honest leaders, who lend a helping hand to those in need. That they fight and speak out against racism, sexism, ageism, and stamp out the discrimination that still exists in this country. I know that the future belongs to our children, and it is our duty as Americans to raise them up to make this country a better place, from sea to shining sea, so that we may all be proud to wear red, white, and blue, no matter our skin color, or lineage, or languages we speak.