The Mrs. America within each of us

How is it possible that I just watched the entire FX on Hulu original series Mrs. America thinking it was a historical fiction piece??? Thinking the Equal Rights Amendment had already been won during the battle of the women’s rights movement during the 1970’s and 1980’s? It wasn’t until the closing credits that I learned the ERA wasn’t ratified in Nevada until 2017, Illinois until 2018, and Virginia until 2020, which finally marked the 38 states necessary for national ratification a long, long time after the deadline of 1982. When I started the show a week ago, I thought it was a historical reenactment of how women earned their rights in this country. Imagine my surprise to find out… we still don’t have a constitutional amendment for equal rights??? 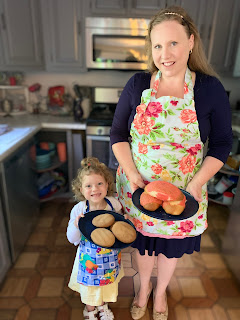 Ironically, I watched the series on my phone over the past week as I did dishes, cooked dinner, and cleaned our home after the kids had gone to bed, dutifully upholding my roles and responsibilities as a stay-at-home mom. Somehow, I never stop surprising myself by my own naivety. As a young woman in this country who has worked since she was 16-years-old, attended integrated schools, voted in local and national elections, earned my bachelor’s and master’s degrees, and had a general life of privilege and opportunity, for some reason I thought that the equal rights movement was fought and won before I was even born. Of course I know that women are still not equal to men in all aspects of daily life, that they still are not paid equally (in 2019, women on average earned 79 cents for every $1 earned by men), and as a housewife, I know first-hand how women continue to carry the majority of the domestic burden of child raising and homemaking. But I can work if I want to, stay home if I want to, go to war if I want to, or not. For my whole life, I’ve had the semblance of equality with men. It is this semblance of equality within which I have been raised that had me fooled. 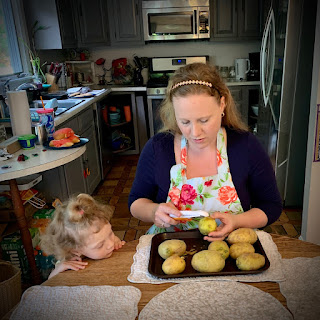 The show is amazingly scripted, acted, and intricately woven with historical video footage. Although some plot points and dialogue have been contrived for creative and storyline purposes as stated in a disclaimer at the beginning of each episode, it is steeped in historical accuracy, and overwhelmingly inspiring.

During the closing credits, Gloria Steinem says, “Still today we select our leaders first by eliminating women, then minorities, then those with too little education. Changing this will take a very long time. But after all, we are dealing with 10,000 years of patriarchy and racism, but we must continue to move forward in waves. What will keep us going is the revelation of what we can be, what people around us can be, without the crippling walls and prisons into which we have been forced.” 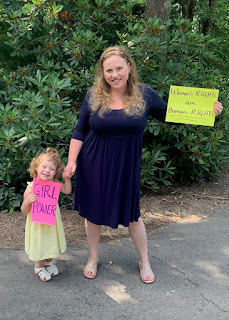 Even now, forty years later, her words ring so true. Especially now, in the midst of political protests and movements like #metoo and #blacklivesmatter, which seek to end this generations-long discrimination.

So if you haven’t seen it already, I encourage all of you mamas to sit down with your daughters or sisters or mothers or nieces, and watch this show. Because it could be just the call-to-arms we have been waiting for.